Last year I joined the Venerable Showers of Beauty (VSB) Javanese Gamelan. I have played with a few different groups now, but this is the first with regular gigs.

Next month we are part of an event where we will be playing a number of pieces by and inspired by Lou Harrison, a Portland born composer who used both western and non-western instruments in his compositions.

Anyways, before I joined they recorded a number of Lou Harrison pieces and they just released them!

You can get a physical copy at the VSB CD Baby page.

Ambient DJ Mix for Alleys of your Mind Radio show

My friends Ian and Mikey run the Alleys of your Mind radio show on Freeform radio Portland. A while ago Ian asked me to make a mix for them to broadcast as I’m busy during the time when I could do it live. I decided to make a mostly ambient mix as I had been putting together some ambient tracks for a bit. Here it is, my mix takes up about the first hour of the stream.

I installed a Futel phone in my front yard this past weekend. I’ve been meaning to do it for some time now but finally got it together. 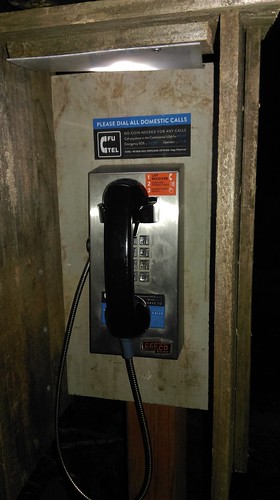 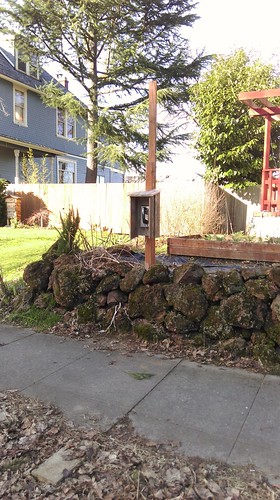 Bed of Roses posted a DJ mix I made (soundcloud) this past month.

Some friends of mine really like Robotron 2084 and while I’m not a big gamer, it is certainly my favorite video game. Its simplistic but very difficult and has post apocalyptic robot take over back story that is appealing to nerds like me.

A couple of years 2 or 3 of them decided that they’d like to make a Church of Robotron, this was largely driven by Brian Richardson/BTR, Elijah St Clair/ES and Karl Anderson. Initially Brian intended to turn his house into the church and the first step was to create an altar like box containing a MAME machine where you could play the game and at the same time pray to the mutant savior. The altar had 2 joysticks, the two eight ways, a screen, a button that would start a game, but I don’t think it was ever fully realised. But then Toorcamp 2012 came around and a number of people, largely nerds to frequent Dorkbot PDX in Portland Oregon, joined in, and created the Mobile Church of Robotron. I was one of those nerds. I identify as XNOR [or XOR when I can only use 3 letters] for this project.

They juxtaposed our project with a DIY Stage Lighting project they published a design for in 1937.

Composition for Balloons and Electronics

My friend/roommate Jesse and I have been building various modular synthesizer modules for what seems like a year or more now but we have yet to house any of our projects. We’ve built some VCOs, VCAs, filters, these things called Lopass Gates, but housing has been a real pain.

Recently I got a new job and now have access to a laser cutter. It is a lot of fun to play with and is proving to be very nice for making panels for our modules. So far I’ve only created a couple of prototypes, to make sure that my measurements are all correct.

I found this guitar toy at a thrift store a few months back and decided to hack it in order to make it into a usb-midi controller.

I used a teensy, and library I wrote called xnormidi, which in turn uses LUFA to do the usb layer.